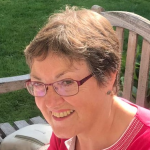 Login
1 2 3 4 →
Viewing 10 posts - 1 through 10 (of 33 total)
Content is user generated and is not moderated before posting. All content is viewed and used by you at your own risk and Wrexham.com does not warrant the accuracy or reliability of any of the information displayed. The views expressed on these Forums and social media are those of the individual contributors.
Complaint? Please use the report post tools or contact Wrexham.com .
Login
1 2 3 4 →
Viewing 10 posts - 1 through 10 (of 33 total)
Login!
Register

All non-essential retail can open, cross border travel to resume and children return to school from today

Nightingale Hospice nurses step up to the mark day and night

@wrexham Parking was bad enough on Friday even with Argos only doing Click and Collect. Would be dumb beyond dumb to not only remove the overflow car park but also add to the problem

Very nice resurfacing between Mold Road and Old Alyn Hall, Cefn-y-Bedd. Typical, didn't 🚴‍♂️ that way this morning. Sadly lots more to do but thank you @wrexhamcbc @wrexham it had been shocking, look forward to trying it out.