On Saturday 9 July,  Mike Leonard was driving between Machynlleth and Pwllheli  and came within four seconds of hitting a man and his dogs on the Harlech Cliffs level crossing.

“I saw two white things on the track, I thought they were sheep”, recalled 54-year-old Mike.

“Then I realised they were dogs and suddenly this elderly man with a walking stick came up from the beach and just stepped out in front of the train, too.”

The dogs weren’t on a lead and the man didn’t even look as he crossed. I was about four seconds away from hitting him.”

Just three weeks later, at the same location, another dog owner had a narrow escape after venturing onto the track after their pet – which, again, was not on a lead.

The CCTV camera on the train captured the terrifying moment:

During his 15-year career on the Cambrian Line, Mike said he has lost count of the number of times he has been forced to apply the emergency brake because of people not following the safety information on signs at level crossings.

“You put the brake into emergency, you blow the horn, and it’s out of your hands.

“The train stops when it stops. You just watch everything unfolding in front of you. It’s like it all just slows down.

“I have had around six instances I would call very bad near misses, where people have been seconds away from being hit by the train.

“One time involved two school children near Shrewsbury where one was dancing on the track, purposely misusing the level crossing – recklessly risking their life.” 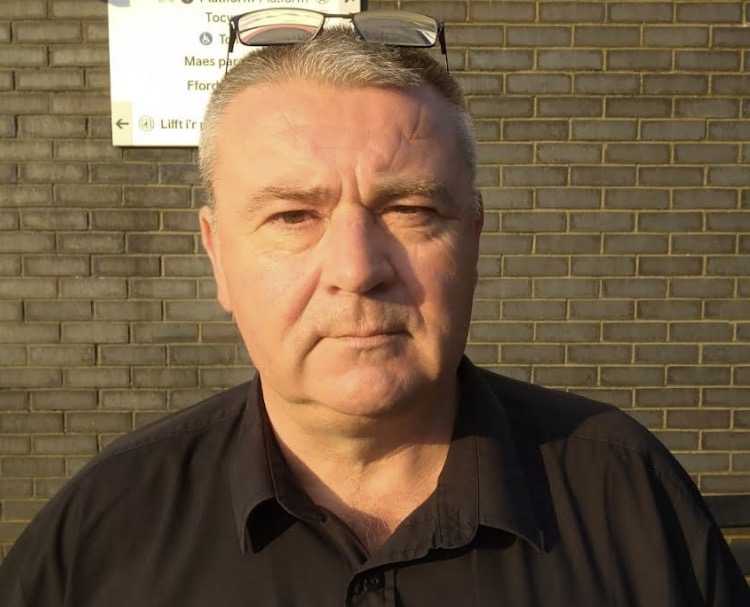 There are around 300 different level crossings between Dovey Junction and Pwllheli alone – with more than 1,000 across the whole of Wales.

There are many different types – some with lights, some with barriers and some with signs with vital safety information for those using a crossing.

Mike is one of many rail industry workers who have had to take time off work after witnessing a near miss or fatality on the job.

He said incidents like this can cause a lot of stress and anxiety.

“The impact of these incidents, especially fatalities of this kind, reach further than people think.”

“You sometimes go blank, and you keep on thinking about it, the ‘what ifs’ really play on your mind. The more instances you have, it’s like you’ve had enough, it can be depressing.”

With the summer holidays in full swing, Network Rail and Transport for Wales are urging visitors to coastal tourist destinations to pay attention when crossing the railway; keeping dogs on leads, keeping children close to them, and adhering to all safety signs before stepping onto the track.

Phil Caldwell, Network Rail’s level crossing manager for Harlech, said: “This truly is a beautiful area to visit, and very popular with tourists, but railways are very dangerous places. ”

“There are around 300 different level crossings between Dovey Junction and Pwllheli alone – so everyone needs to stay vigilant and alert when near the railway. ” 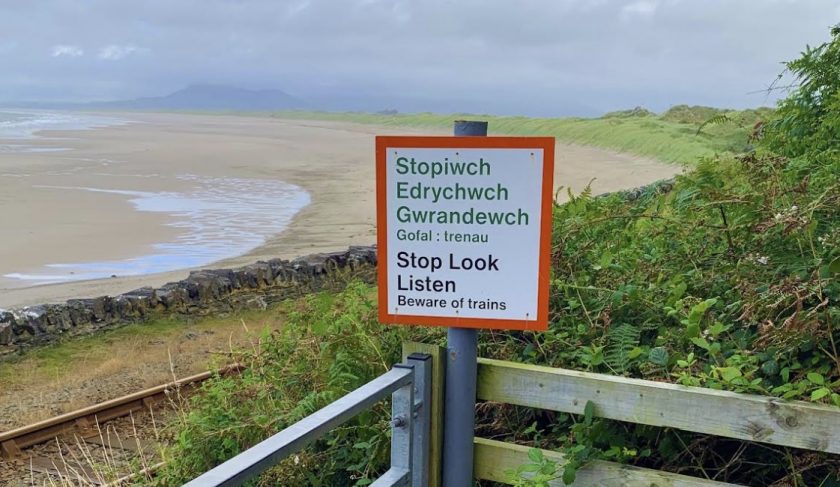 “Please let your memories be happy ones and not marred by the loss of your beloved pet or worse!”

Krista Sexton, head of operational risk at Network Rail Wales and Borders said: “Trains approach almost silently. If you’re distracted by a dog, headphones, mobile phone or anything else, you won’t notice a train approaching until it’s too late.”

“Our advice is simple: STOP, LOOK and LISTEN before using a railway crossing and stay alert.”

Last summer, Transport for Wales, Network Rail and BTP teamed up to release the At What Cost? campaign – designed to raise awareness of the very real dangers of level crossing misuse following a rise in people stopping to take selfies on the tracks in Wales and posting on Tik Tok.

Leyton Powell, Transport for Wales’ Safety and Sustainability Director, said: “The railway can be a dangerous place if not treated with respect.”

“It’s vital to take great care when using one of the many level crossings across the Wales and Borders network, including following the key instructions: stop, look and listen.”

“We’re grateful to Mike for sharing his story, which provides insight on what our drivers go through in these terrifying situations.”

“We’re continuing to work closely with our colleagues at Network Rail and the British Transport Police to spread the message of the importance of rail safety in schools and communities across our network, and make sure incidents like this are prevented.”

For more information on level crossing safety, please see Network Rail’s new campaign Distraction Kills, which aims to promote safety on the railway by asking people to be more present and mindful of their surroundings, especially at level crossings.

@DionDublinsDube absolutely brilliant last night at a fundraiser for @DynamicWrexham highly recommended if he does any after dinner speaking. Great charity too that needs support @wrexham @wrexham_AFC

Many students are living away from home & managing their finances for the first time meaning that they’re vulnerable to online fraud & scams. Yesterday we therefore attended at Wrexham Glyndwr University Freshers Fair to share info & guidance around being safe & secure online.