Politicians across North Wales have given a mixed response to new “fire break” lockdown measures announced today to stop the spread of the coronavirus.

The measures announced by Wales’ First Minister Mark Drakeford will last for two weeks, starting at 6pm on Friday this week.

It will include the half term and cover the week ending Monday 9th November.

People will be required to stay home, working from home wherever possible. This will not include critical workers or anyone who can’t work from home.


All non-essential retail, hospitality and tourism will close – similar to March.

The reaction from MPs and MSs is divided along party lines, with Conservatives strongly against the tight restrictions.

Members of the Labour-led Welsh Government have voiced their support for the measures, which they say are necessary to prevent the NHS from becoming “overwhelmed” by the virus.

Plaid Cymru representatives have backed the idea of a fire break lockdown, but want more detail on how it will be used to slow infection rates, as well as what support will be offered to businesses.

A selection of their comments can be viewed below:

“The evidence to support a lockdown for the whole of Wales is unconvincing, as is the explanation that a 2 week ‘fire break’ will tackle the situation.

”Following the end of this ‘fire break’ on 9th November, the Welsh Government have announced there will be a new set of onerous rules on the public and on businesses.

”There is a huge emotional, well-being and economic cost to these lockdowns and I am not convinced that the Welsh Government are acting in a balanced and proportionate manner, at this time.” 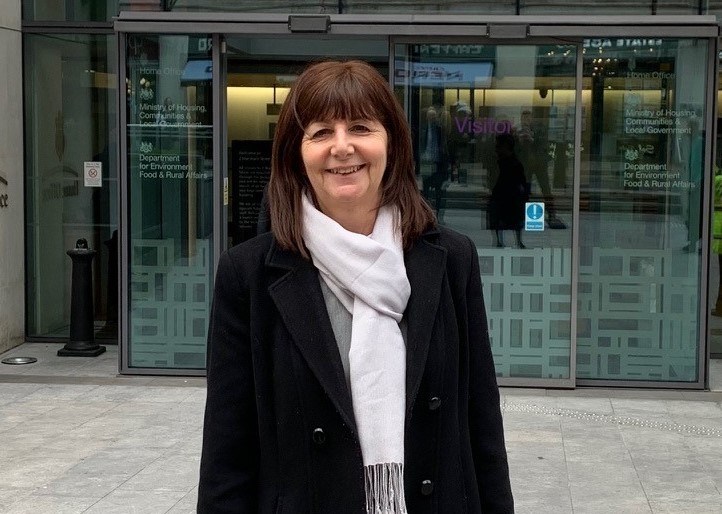 Lesley Griffiths, Welsh Labour MS for Wrexham, said: “It has been confirmed this lunchtime a short, sharp ‘firebreak’ will be introduced across Wales at the end of this week to help regain control of coronavirus.

“The two-week action will commence at 6pm on Friday 23 October and end on Monday 9 November.

“During this period people must stay at home, except for very limited purposes. People must not visit other households, meet people indoors or outdoors and all non-essential retail will close.

“Businesses affected by the firebreak will be supported with a new £300m fund, which will open next week.

“I recognise we are all weary of the restrictions on our lives and that this is yet another big ask. Sadly, the virus is spreading rapidly, and urgent action is required to regain control and to ensure our NHS does not get overwhelmed during the challenging winter period.” 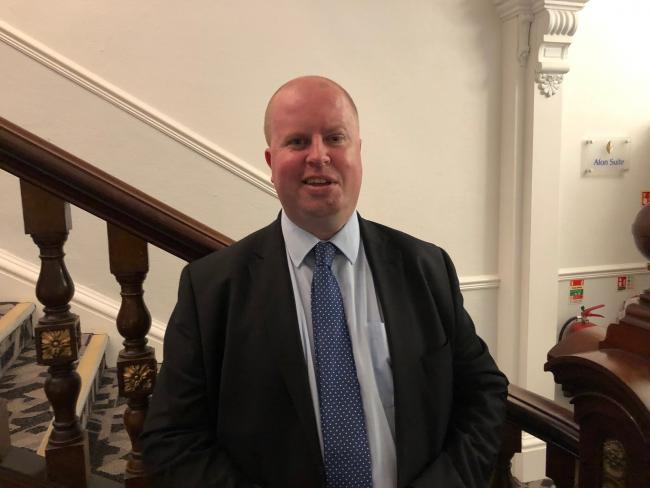 “Sorry, it’s fire-break in Wales, not circuit breaker. Exactly the same thing, but as normal Welsh Gov have to call it something slightly different so that they can claim it as their own unique idea.

“I couldn’t be more angry about this. Percentage of positive test results increased a couple of weeks ago but have since flatlined and started to reduce.

“Bringing in a new set of restrictions just at the time when the curve is potentially starting a downward trend seems designed to take advantage of the numbers reducing to attribute the reduction to the Welsh Gov rules.

“The key thing is that we need to know the details of the information used to justify this decision (haven’t been shared despite repeated requests) and a very solid plan for what exactly needs to change to get out of it again.

“If the numbers in 2 weeks are the same as they are now, will it roll forward? If not, how low do they have to be to come out of the restrictions?

“Welsh Gov have a lot of questions to answer and they have provided nothing. Just a draconian set of rules that put businesses and livelihoods at risk, and as we saw earlier in the year, the toll that this action takes on people’s physical and especially mental well-being is substantial.

“I hope some information and clarity is forthcoming soon and that Welsh Gov start taking responsibility for what is coming rather than trying to take credit for every positive event and blame Westminster for every negative.

“I am seriously dismayed by this measure that puts businesses and people in Delyn, North Wales and the country as a whole at risk and judging by the explosion in my inbox in the past two hours, I’m not the only one.”

Dr James Davies, MP for the Vale of Clwyd, said: “This is a devastating announcement which, certainly in the case of North Wales, cannot be justified.

“Covid infection rates in North Wales have reduced slightly over the last week and are lower than the UK average – as are the rates across Wales as a whole.

“My view is that the evidence simply does not exist of the need to proceed with a Wales-wide full lockdown.

“We need instead to aim for the minimum level of regionally-targeted intervention to keep R under 1.

“This is a pan-UK issue for which unilateral action by the Welsh Government will be futile.

“I am concerned that this is all about exerting power and making a political statement and that people’s businesses, wellbeing and livelihoods are being caught up in the process.” 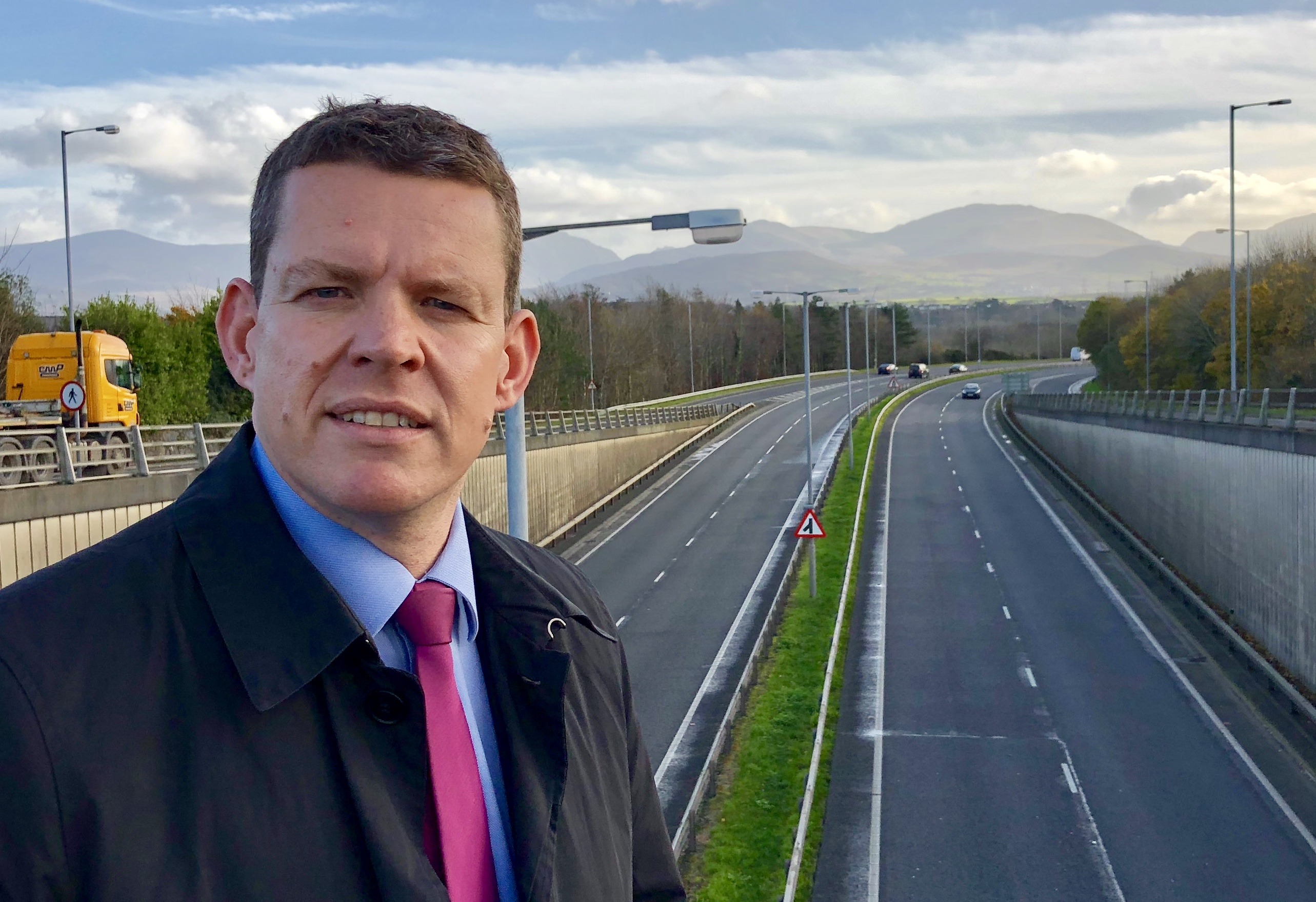 Plaid Cymru’s Ynys Mon MS Rhun ap Iorwerth said: “Plaid Cymru had called for a period of tighter restrictions, as it is clear that government policies have failed so far and so a short reset was needed, but what we can’t have here is Welsh Government going through that reset and then returning to what they were doing before, which clearly wasn’t working.

“What Mark Drakeford didn’t mention today was the crucial matter of what will happen next, after these two weeks, to try to ensure that we are not in the same position again in a few months.

“Plaid Cymru have announced a series of actions that we think could be implemented differently, including making the testing system much more robust.

“The important principle for me is I want to see as few restrictions as possible being imposed, but properly enforced, and with clear support for people and businesses affected.

“Alongside any decisions that are taken, we need to be clear about what exactly will be offered in support of the businesses and individuals who are hardest hit, and my Plaid Cymru colleagues and I will be raising these matters in the Senedd this week.” 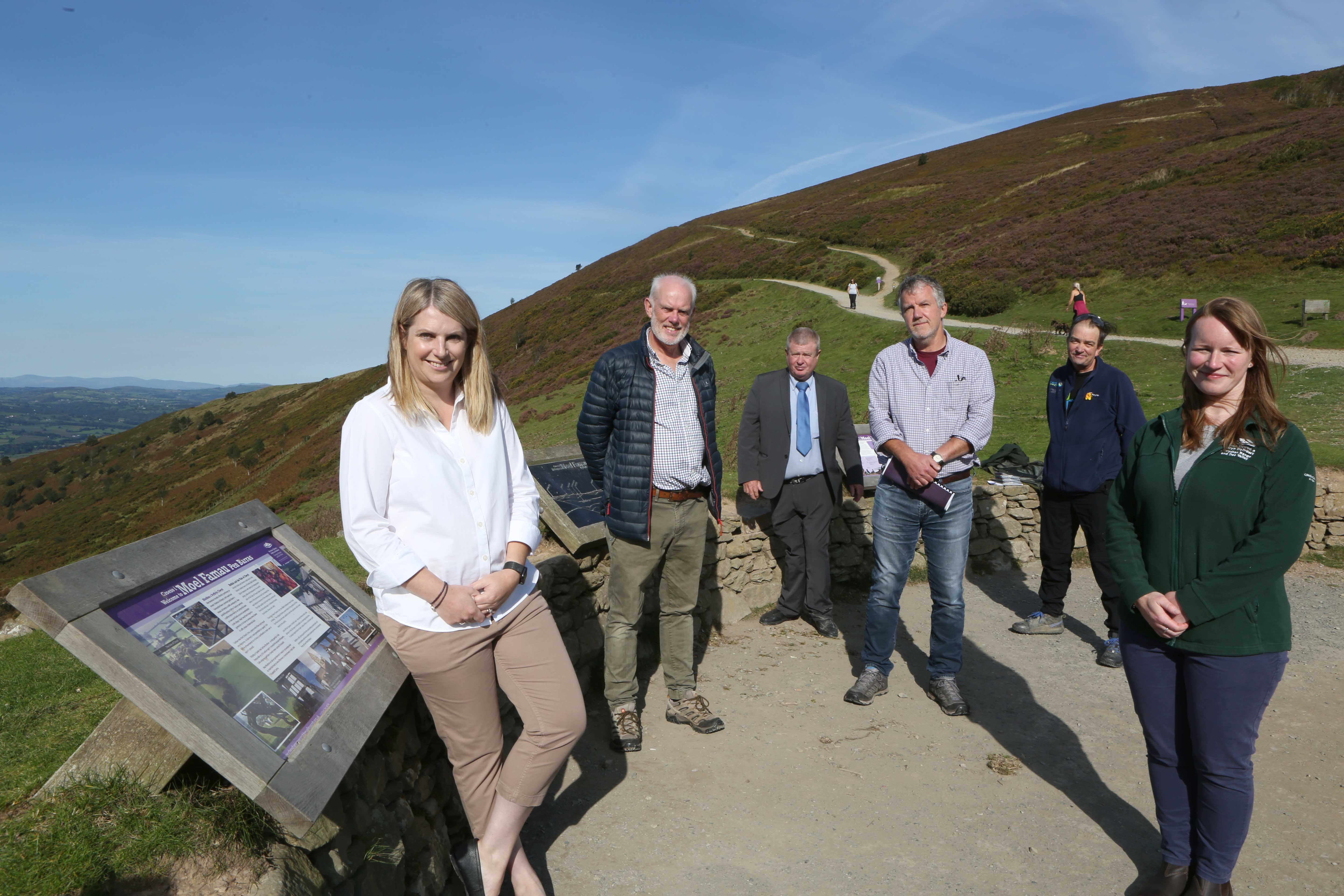 Labour MS for Delyn, Hannah Blythyn, said: “The First Minister has today confirmed that additional measures will be introduced from 6pm on Friday evening.

“We have to act now. Infections are rising daily, as are the number of hospitalisations. Critical care beds are full and sadly, more people are dying.

“These time limited measures, for just over two weeks, are designed to have a sharp, short impact on the level of virus. They will be in place from Friday 23 October to Monday 9 November.

2All non-essential retail, hospitality, leisure, community centres, and libraries will close. Child care providers will stay open throughout this period.

“The First Minister has confirmed that an additional £300 million will be available to support businesses affected. Businesses can also access the Job Retention and Job Support scheme from the UK Government.

“Meeting with people that you do not live with, unless you are a single-parent or single-person household, will not be allowed.

“I will do all I can to answer queries from constituents and businesses at the earliest opportunity.”

An FAQ on the two week firebreak and what it includes can be found here.

“Good people pay their rent, these sort of people have their rent paid for them” says Lead Councillor

Enough electricity to make over 1,540,000,000 cups of tea generated by solar panels in Wrexham

Health Board chief: “Initially, I am not expecting a big drop of vaccine in North Wales”

Hello everyone. Today I visited Gwenfro Valley Adventure Playground and made a den, can you make your own Christmas den?

With coronavirus cases unfortunately on the rise, new regulations come into force in Wales tonight at 6pm. The @WelshGovernment has updated its FAQ page which answers many of the key points and queries people may have 👇 (LINK)