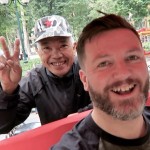 Login
1 2 →
Viewing 10 posts - 1 through 10 (of 18 total)
Content is user generated and is not moderated before posting. All content is viewed and used by you at your own risk and Wrexham.com does not warrant the accuracy or reliability of any of the information displayed. The views expressed on these Forums and social media are those of the individual contributors.
Complaint? Please use the report post tools or contact Wrexham.com .
Login
1 2 →
Viewing 10 posts - 1 through 10 (of 18 total)
Login!
Register